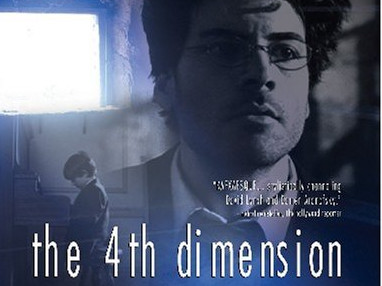 A quick overview of the Q & A that followed the screening of the Film, the 4th Dimension, at the Philadelphia Film Festival. 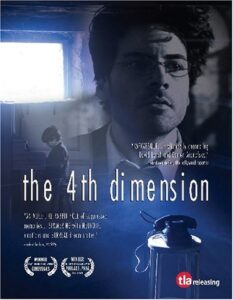 After The 4th Dimension was shown at the 2006 Philadelphia Film Festival, the emcee at the International House (U of Penn campus) introduced the entire cast, along with the co-directors, and invited the audience to hit them with questions.

Hearing about how the 4th Dimension was made and why, I came away with a much greater appreciation for the film. We were treated to pieces of the puzzle that made the total experience truly stellar.

Like Eastern State Penitentiary, Byberry is a horrid reminder of how we humans sometimes treat what we don’t understand. According to co-directors Dave Mazzoni and Tom Mattera, using Byberry mental hospital in a supporting role was a way to document this grim spectre from their old neighborhood.

During the Q&A, when someone asked Mazzoni if they consulted with psychologists to get Jack’s OCD mannerisms correct, Mazzoni said, “Didn’t have to. That’s me with the excessive hand-washing and door locking.” Tom Mattera was asked if the scraps of mathematical calculations used throughout the film were real, he said, “We had professors from Penn State University write them so they were accurate renditions of Einstein’s time theories.”

Louis Morabito commented that he was glad his screaming and notebook-stabbing scene (as Jack, the main character) at the end of the film was done in one take! A Temple University film professor was in the audience, who applauded the directors and actors (her former students) for their great accomplishment. Another member of the audience was impressed (as was I) with how cinematographer Daniel Watchulonis managed the very fluidic filming style, as the camera goes up stairs and across a field. These techniques were rather stunning.

The directors indicated that although the movie was shot on film, it had been projected digitally. They were not quite budgeted to produce many film versions for major release.