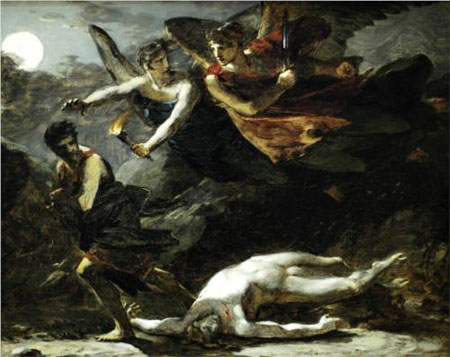 In the Greco-Roman world, curse tablets are small, thin sheets, intended to influence the actions or the welfare of persons or animals against their will.

Description of a Curse Tablet

In the Greco-Roman world, we find a number of curse tablets and voodoo dolls. D.R. Jordan describes the curse tablets in his archaeological survey as follows:

Defixiones, more commonly known as curse tablets, are inscribed pieces of lead, usually in the form of small, thin sheets, intended to influence, by supernatural means, the actions or the welfare of persons or animals against their will.

The earliest of these tablets dates back to the Greek colony of Selinus in Sicily in the early 5th century BCE. The subject was generally of (1) litigation curses including political curses, which were usually prepared prior to or during a trial and were designed to influence the effectiveness of speeches made (most likely) on behalf of the defendant (2) competition curses, particularly of Roman circus (ie chariot racing) (3) trade curses, usually found in the classical and Hellenistic Greek worlds, were used against rival tradesman (potters, pipemakers, shopkeepers, etc) (4) erotic curses – both separation and attraction – most of which were written by men in pursuit of women, though women for men and same sex spells were also found (5) prayers for justice, mostly in terms of seeking restitution of stolen goods – most of which involve an unknown victim.

What the Greeks called these spells is still debated among scholars, but the best candidate may be katadesmos meaning ‘a binding’ and used by Plato (Republic 364c). The best word in Latin is defixio, a derivative of the verb defigere meaning ‘to fasten.’ About 75% of them only consist of only the victim’s name or provide no other identifying information about the person other than the name, suggesting that to know and use a victim’s name was itself an act of power over the victim. Repetition was a common element of the spell – as this restraining spell of the 5th century BCE shows:

By the 4th century CE, the texts became much lengthier, calling upon a number of entities and powers, and playing upon the magical powers attributed to letters and writing among other differences. Lead was most commonly used with tin and copper mixed in occasionally. Some texts even request that their victims become as cold and useless as the lead upon which the curse was written.

The language of the curse was of binding and restraining. While physically, the curse tablets might have nails driven through them to represent physical binding, the language itself is composed so that the problem can be solved by restraining a person or object.