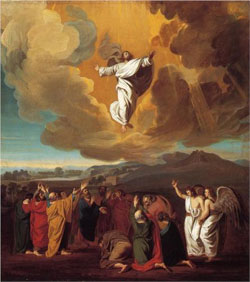 Distinguishing Between Jesus the Man and Christ the Savior

Why historians differentiate between Jesus the human and Christ the mythic being.

In the study of the Christian origins it is important to make a distinction between the man who was Jesus and the broader Christ figure. The title of Jesus comprises the figure’s life from his natural birth to his crucifixion at the hands of Pontius Pilate during the reign of Caesar Tiberius, while the title of Christ refers to his existence and actions after the resurrection.

Scholars study “Jesus” the man the way they would any historical figure – Ben Franklin, Copernicus, Nero, Alexander the Great, etc. There is currently a focus among recent scholarship to analyze the earliest Christian documents for what might be actual sayings and life events of Jesus, rather than the author’s bias. These documents include the four canonical Gospels, the Gospel of Thomas, and a few other apocryphal texts. Scholars also look at the socio-political environment at the time and evaluate the texts in light of the time’s cultural norms and values.

The study of the Christ tends to focus on theology. Here, scholars are focused on the evolution of doctrine and how concepts of “orthodoxy” emerged within the early Church. A number of early Church Fathers wrote passionately against what they saw as heretical movements at the time, including the Gnostics, Manicheans, and movements lead by Marcian and Arius. This culminated in the first statement of orthodox beliefs – what we know as the Nicene Creed – produced by the Council of Nicea in 325 CE. Thanks to the recent discovery of Nag Hammadi library in 1945, we now have a large body of Gnostic texts to compare the writings of the early Church Fathers to.