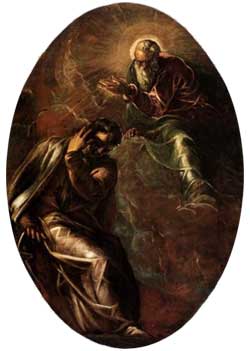 Kabbalists believed that God is impossible to comprehend. That there is a gap between how mankind can understand God and what God actually is. Kabbalists call this unknowable aspect of God Ein-Sof (“infinite” or “extends without end”).

Rabbi Moses Cordovero described it as

Before anything emanated, there was only Ein Sof. Ein Sof was all that existed. Similarly, after it brought into being that which exists, there is nothing but it. You cannot find anything that exists apart from it. There is nthing that is not pervaded by the power of divinity. If there were, Ein Sof would be limited, subject to duality, God forbid! Rather, God is everything the exists, though everything that exists in not God. It is present in everything, and everything comes into being from it. Nothing is devoid of its divinity. Everything is within it; it is within everything and outside of everything. There is nothing but it.

So what of God can we know? From Ein-Sof come 10 emanations, called sefirot. They are arranged in a hierarchy from God to mankind. The first three are unknowable to man and beyond his comprehension. These are

Together, these three are known as arik anpin. The seven sefirot of creation that we can know come from these first three sefirot. They are:

The 10 sefirot are collectively known as the Tree of Life. Kabbalah is then the way to know secret knowledge (sod or the hidden mysteries) of God, the laws of nature, and the universe.

By the late 15th century, Kabbalah found its way into Christian circles. Giovanni Pico della Mirandola (1463-94) is regarded as the founder of Christian Kabbalah. He claimed that “no science can better convince us of the divinity of Jesus Christ than magic and the Kabbalah,” which attracted much attention throughout the Christian intellectual world.

Here we see the beginnings of the Christian Kabbalist movement which will heavily influence famous occultists like Agrippa and Dee – something I’ll talk about in later articles.

Jewish Mysticism and Kabbalah
Next Post: Sleep Paralysis: Demon Encounters and Terror in the Night