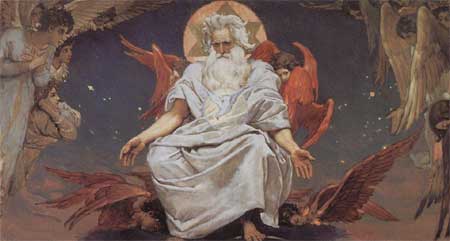 Philosophy of Religion: The Nature of God

An article on the characteristics we tend to associate with God.

Looking at comparative religions for a moment, we can quickly see the numerous ways the god/entity/force is described.

Of course, these aren’t the only ways of thinking about God. The counter philosophies to these types ways of looking at God include:

I’m going to be focusing on whether there is a God who is omniscient, omnipotent and morally perfect, as argued by the Ethical Monotheists. This is mainly because my background is in Judeo-Christian studies and I know more about these religious movements than I do about other religions. It’s also because much of my interest in the concepts of evil fit into Judeo-Christian theology. I’ve been fascinated by the concept of the Watchers, Satan, Lucifer and other fallen angel mythos that permeate these Western Traditions, so I prefer to focus on that before moving on to other religions.

Philosophy of Religion: What is Religion?
Next Post: Problems in Ethical Monotheism: Why Does Evil Exist?