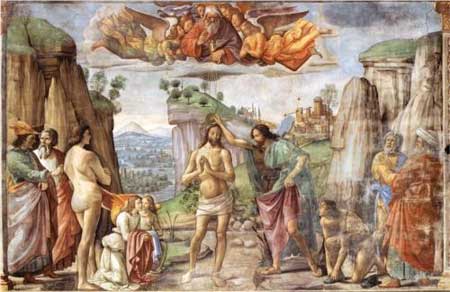 Christ’s Descent Into Hell in the Odes of Solomon

The Odes of Solomon is a collection of hymns written around the time of the Gospel of John. It is the earliest text to mention Christ's Descent into Hell.

This is part 2 of a 3-part series on Christ’s Descent Into Hell:

The Odes of Solomon is a collection of hymns believed to have been written in Syriac-Aramaic around the time of the Gospel of John (sometime before 125 CE), given its parallels with the Johannine tradition. The text is considered to be Jewish-Christian in origin, though it has previously been attributed to the Gnostic tradition. Recent studies have linked the Odes to the secessionists mentioned in 1 John, thus associating the author of the text with an offshoot branch of Johannine Christianity around the beginning of the second century. If this date is accurate, it would make the Odes the earliest text to specifically mention the Descent.

Ode 17 links the “theme of Christ’s victory over death in Hell with the liturgical theme of Baptism.” The author speaks of being ‘released from vanities’ (17:3) and:

‘My chains were cut off by his hands; I received the face and form of a new person, and I walked in him and was saved.’ (17:4)

The author continues with imagery of Christ’s Descent, thus closely linking it with the author’s Baptism. Christ says:

‘And from there he gave me the way of his paths, and I opened the doors which were closed. And I shattered the bars of iron, for my own iron(s) had grown hot and melted before me. And nothing appeared closed to me, because I was the opening of everything. And I went toward all my bondsmen in order to loose them; that I might not abandon anyone bound or binding.’ (17:9-12)

Then Christ speaks of transferring knowledge to the bondsmen:

‘and they received my blessing and lived, and they were gathered to me and were saved.’ (17:15)

The “bars of iron” combines Is. 45:2 and Ps. 106(107):16, which were commonly mentioned in reference to the Descent. There is a possible parallel between the Odes “I was the opening of everything” and “I am the door” in John 10:9 and 14:6, which both portray Christ as “the door or gate through which the believer comes into salvation.”

Deliverance of the Dead

The hymn continues with Christ speaking about God who scatters his enemies, gives him the authority to loosen chains and the power to overthrow the dragon with seven heads, and places him at the dragon’s roots so that he might destroy his seed. (22:3-5)

It’s possible that the seven-headed dragon is a reference to Satan, who is not necessarily lord of Hades. However, there is also a reference to the beasts of Rev. 10:3 and 13:1, and also to the ‘dragon in the waters’ of Ps. 74:13.

If the dragon is viewed as an allusion to Satan, then Christ’s battle with Satan now has the objective of his own deliverance from the underworld.

Scholarly opinion contrasts Ode 17 to Ode 22 by mentioning in Ode 17, the descent was only suggested by imagery of the prison whereas in Ode 22, the descent “is explicit, for there Christ’s descent into hell and his victory over the powers, the descent of the baptised into the font and his deliverance, and finally the resurrection of the dead are all closely associated.” (Jean Danielou, The Theology of Jewish Christianity)

It has also been suggested that the triple allusion to the ‘high,’ ‘middle,’ and ‘low’ of the baptismal portion of the hymn is directly related to Christ’s struggle with Satan, in which he scattered the enemies (in the air), overthrew the dragon (on earth), and destroyed the seed (in the underworld). Therefore, the text can be seen as “a synthesis of the conception of the combat against the Powers on the Cross and the combat against Death in Hell.” (Ibid)

The final part of Ode 22 is concerned with eschatological resurrection promised to the baptised:

‘Your right hand destroyed the evil poison, and your hand leveled the way for those who believe in you. And it chose them from the graves and separated them from the dead ones. It took dead bones and covered them with flesh.’ (22:7-10)

Ode 24 refers to the Baptism of Christ and the terror it inspired in the Underworld. The hymn mentions:

‘But the chasms were submerged in the submersion of the Lord, and they perished in that thought with which they had remained from the beginning. For they labored from the beginning; and the end of their labor was life. And all of them who were lacking perished, because they were not able to express the word so that they might remain. And the Lord destroyed the thoughts, of all those who had not the truth with them.’

Those who had ‘remained from the beginning’ could be associated with the primeval sinners who are now in the abyss of the underworld, and also with the spirits of the Flood in 1 Pet 3:19. The Baptism and the terror it inspired could parallel the terror that the Flood inspired in the spirits associated with the Flood. Finally, as one scholar notes that: “On the basis of the Ode of Solomon no. xxiv, it seems possible to assume that the Messianic scheme can really have involved a point where the Saviour at the Descent comes into contact with the transgressors from the days of the Flood, without any special written passage originating such a theory.”

One last passage that pertains to the Descent is Ode 42, in which Christ descends into Sheol, achieves victory over death, and ascends with those he delivered from Sheol.

‘Sheol saw me and was shattered, and Death ejected me and many with me. I have been vinegar and bitterness to it, and I went down with it as far as its depths.’ (42:11-12)

‘And I made a congregation of living among his dead; and I spoke with them by living lips; in order that my word may not fail. And those who had died ran toward me; and they cried out and said, ‘Son of God, have pity on us. And deal with us according to your kindness and bring us out from the chains of darkness’ (42:14-16)

Here, we see Christ preaching to those in the underworld in relation to the theme of conflict with Death. This is the first occurrence of the dead appealing to Christ, which would later become a common theme among Descent literature. Another significant characteristic is that in contrast to the Ascension of Isaiah, Christ journeys to the deepest part of Sheol. Finally, scholars are divided as to whether Satan is equated with Death, though there is agreement that Death is personified.

The Odes of Solomon, builds upon the association of baptism and the descent set forth in the New Testament. This tradition becomes more developed in that the descent into and ascent from baptismal water becomes symbolic with Christ’s Descent into Hades to free the souls imprisoned there. In the Odes, the tradition is not simply Christ’s preaching to the spirits of Noah’s time, but to all who are in the Underworld. However, there is also a possible reference to the spirits of Noah’s time in the Baptismal hymn of Odes 24, thus creating a striking parallel to 1 Pet 3:18-22.

The Odes make other advances over the possible Descent myths of the NT in their presentation of the cosmic dualism between Christ and the personification of Death (which may or may not be equivalent to Satan), which must be defeated in order for Christ to Ascend. There is also an allusion to Christ taking Hades by storm in references to Ps 106(107):16 and Is 45:2 which refer to a shattering of the gates and a breaking of the bars.

Christ’s Descent Into Hell: A Background and New Testament References
Next Post: Good vs. Evil: Dualism in Religious Writings