Hinduism is the primary religion of the people of India and includes a broad range of beliefs and spiritual traditions. Though Hinduism has no single founder, its roots date back to the ancient Vedic religion during the Iron Age. Read articles about Hinduism below.

Hinduism is the primary religion of the people of India and includes a broad range of beliefs and spiritual traditions. Though Hinduism has no single founder, its roots date back to the ancient Vedic religion during the Iron Age. Read articles about Hinduism below. 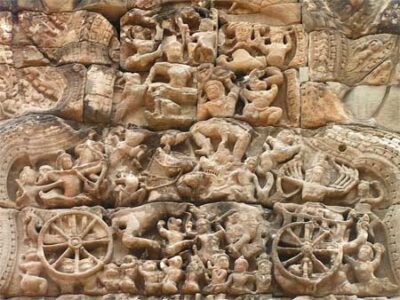 The rakshasas are evil spirits in Hindu mythology with magical and shape-shifting abilities. 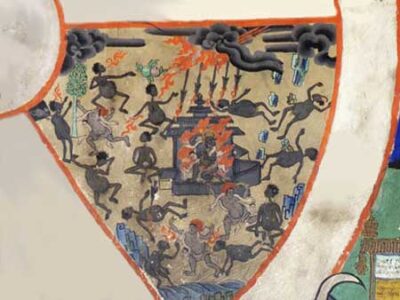 In Hindu mythology, the Pretas are the spirits of dead people that inhabit Preta-Loka, the realm of tortured spirits. 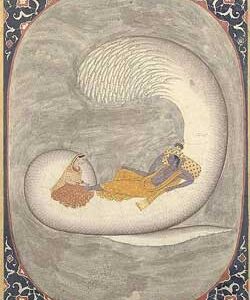 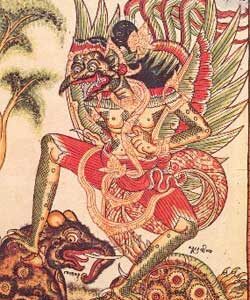 The bird, Garuda, usually serves as a mount for the God Vishnu. 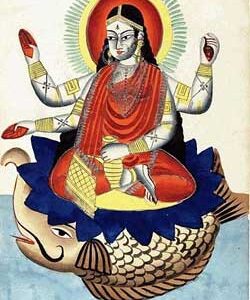 The river Ganges, referred to as Ganga, is a sacred river which according to legend, once only flowed across the heavens.

Deumus/Deumo is the goddess of the Calicut in Malabar. 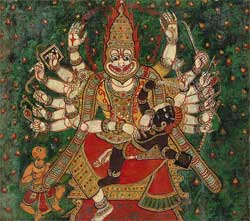 In Hindu mythology, the Daityas are giant evil spirits who are known for their opposition to sacrifice to the gods. 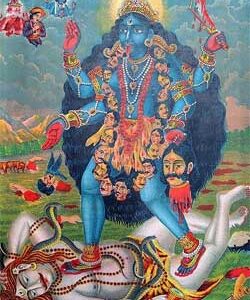 Kali is the destructive aspect of the Goddess, Devi, in Hinduism. 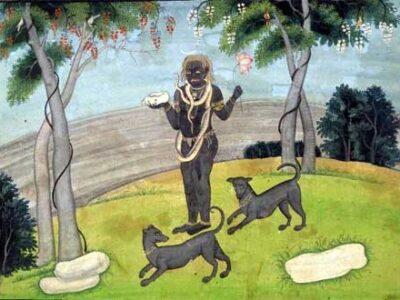 Bhairava is the "terrible" aspect of Shiva. According to the Puranas, it was this aspect that severed Brahman's fifth head.