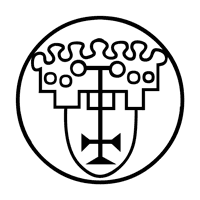 Vine is the 45th spirit, a great King and Earl who appears in the form of a lion.

Vine in the Pseudomonarchia Daemonum

According to Weir (1583), Vine is a Great Kind and Earl. He appears as a lion riding a black horse and carrying a viper in his hands. His powers include building large towers and making bodies of water rough. An exorcist can command him to reveal hidden insights, information about witches and knowledge of past, present and future.

Vine is a great king and an earle, he showeth himselfe as a lion, riding on a blacke horsse, and carrieth a viper in his hand, he gladlie buildeth large towres, he throweth downe stone walles, and maketh waters rough. At the commandement of the exorcist he answereth of things hidden, of witches, and of things present, past, and to come. 2Weyer, Johann. “Vine.” Pseudomonarchia Daemonum. 1583. Esoteric Archives. Web. 22 Jul. 2017.

Vine in the Dictionaire Infernal

Vine in the Goetia

S. L. MacGregor Mathers’ description of Vine includes aspects of both Weir and de Plancy’s descriptions. One difference is that Mathers says Vine commands 36 legions of spirits while de Plancy says 19. His seal is included.

The Forty-fifth Spirit is Vine, or Vinea. He is a Great King, and an Earl; and appeareth in the Form of a Lion, riding upon a Black Horse, and bearing a Viper in his hand. His Office is to discover Things Hidden, Witches, Wizards, and Things Present, Past, and to Come. He, at the command of the Exorcist will build Towers, overthrow Great Stone Walls, and make the Waters rough with Storms. He governeth 36 Legions of Spirits. And his Seal is this, which wear thou, as aforesaid, etc.