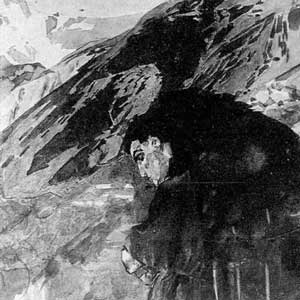 Virtually all cultures have believed in good and evil spirits at some point. The belief dates back to Babylonian and Assyrian religions, predating Judaism.

There are generally 2 types of evil spirits:

Demons in Babylon and Assyria

The Babylonians and Assyrians borrowed had many names for spirits including utukku (‘spirit), Alu (‘demon’), Lilu (a ghost, the feminine versions include Lilitu and Ardat Lili), and Gallu (‘devil’). They believed that there were many evil spirits and they swarmed everywhere.

According to Morris Jastrow’s Religion of Babylonia and Assyria (Download free at Project Gutenberg), these demons lurked in remote or hidden places like graves, mountain tops and in the shadows of ruins. They would go out at night, enter homes through holes and crevices, and torture their victims. They were responsible for anything bad that happened from destructive winds, pestilent fevers, and disease to headaches, petty quarrels, hatred and jealousy.

In Sumerian lore, there were three distinct types of demons:

Here are a few of the subclasses of demons.

Problems in Ethical Monotheism: Why Does Evil Exist?
Next Post: Ancient Semitic Defenses against Demons