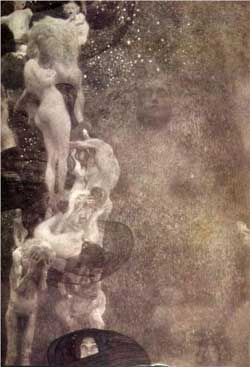 Philosophy of Religion: A Definition of Philosophy

A framework for looking at religion from a philosophical perspective.

I often get a lot of questions concerning the nature of God and evil. I struggle to answer these questions because they come down to a matter of religion – can you accept on faith that God (or gods and goddesses), angels, demons, and other supernatural beings exist?

But I also get a number of questions about the concepts of good and evil, God and Satan, etc. These questions tend to be more philosophical in nature – can we humans logically conclude from argument and evidence that God (or another supernatural being) does or doesn’t exist?

When I say ‘philosophy,’ I’m not simply talking about how you feel or what you believe about a particular topic. Philosophy is a big picture analysis that takes into account everything that is known and tries to come up with a unified theory that encompasses all evidence and frameworks. That is, it’s about stepping outside the bounds of religion to analyze it from the standpoint, “Does this make sense given what we know?”

Most people have a difficult time stepping outside the bounds of religion because they’re attached to the outcome. If I believe in God, I’ll have a difficult time accepting the arguments from atheists and skeptics that conclude there is no God and I’m wrong to believe in God. On the contrary, if I’m an atheist or skeptic, I’ll have a difficult time accepting that there may be a God and I’m wrong to believe that there is no God. In other words, humans are really good at finding the answers they set out to find – those that are consistent with their worldview. If you’re biased from the start, of course you’ll find what you want to find.

Philosophy tries to look at the world as it actually is and make sense of it all. This is a particularly difficult thing to do because we exist within the world rather than outside it. We can’t create a closed environment to simulate the entirety of the world and observe it from an outsider’s perspective to discover why things are the way we are. Instead, we hypothesize why things may be the way they are, build experiments to test our beliefs, and then conclude from the results of the experiment whether we were right are wrong.

Yet, just because we receive a particular set of results doesn’t necessarily mean that’s the way things are. All kinds of things can be wrong with our experiment – maybe our hypothesis is based on faulty premises. Maybe the experiment we designed is biased towards one outcome. Maybe it’s not testing what we think it is testing. Maybe the results we got were a fluke and no one else will be able to replicate our findings.

This is why scientific researchers publish their findings in peer reviewed journals. If something is flawed with their experiments, the chances are good that some of their peers will try to replicate the results and/or point out any shortcomings or faulty logic.

So, when I talk about philosophy in upcoming articles, I’ll be taking into consideration a number of questions:

Much of what I’ll be talking about involves the semantics and the underlying logic of the problem or question at hand. I’ll try to present both sides as objectively as I can, but I don’t claim that I am completely unbiased. Of course, I have an opinion as to whether there is a God, how good and evil should be defined, and other matters of religion – just as I’m sure you do. It’s silly to think there are completely unbiased people out there. If you believe in God, you’re biased one way. If you don’t, you’re biased the other way. And if you’re an agnostic, just because you haven’t made a decision doesn’t mean you’re not leaning in one way or another.

What Do We Know About the Historical Jesus?
Next Post: Philosophy of Religion: What is Religion?