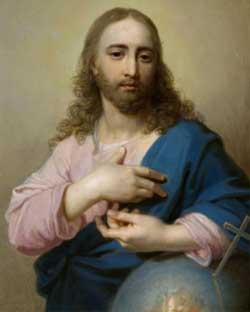 What Do We Know About the Historical Jesus?

When scholars talk about the "Historical Jesus," they are looking to separate myth from reality. Who was Jesus as a person? We have no first-hand primary sources like his diaries. All we have are documents written by believers - and sometimes, non-believers - that were written after his death. This article attempts to explain what we know - and can know - about Jesus the man.

Every now and then, I receive email from people who are absolutely convinced that the Bible (sometimes they specify the KJV) is the only authoritative source one should use when discussing Christianity. If you’ve read anything on my website, you can probably figure out that I disagree. I’ve written a bit about the historical approach rather than a theological approach I try to stick to and why. And, I’ve written about my approach to heresy. Here, I’m going to try to clarify how one might use that approach to understand the Historical Jesus and how Christianity has developed over the last 2000 years.

What We Do and Don’t Know About the Historical Jesus

First, let me say that we have no primary sources about Jesus. We don’t have his diaries or detailed transcripts of what he said or audio/video recordings of his preaching. The only documents we have about Jesus’ life as a human are what other people wrote about him after his death. These documents are written by believers, meaning they were insiders into what early Christianity was teaching, and presuppose that we, too, know about and believe in Christ’s resurrection as they do.

The earliest writings we have are from Paul, who converted after Jesus died. The accounts we have of Jesus’ life come from the 4 Gospels that were included in what we know now as Bible – Gospels that were written some 40-60 years after Jesus’ death. The vast scholarly consensus is that the apostles (that is, eye witnesses to Jesus’ ministry) did not pen the books. Instead, people who lived much later relied on oral traditions about what Jesus said.

To put in another way, fifty years might not sound like a long time, but that’s roughly 2-3 generations. Imagine your family sitting down to Thanksgiving and talking about your recently deceased grandmother. Everyone has stories about her. The older people at the table might tell a story how Grandma cooked the turkey this way. Another might jump in and correct the story – no, Grandma did it this way. As years pass, everyone still remembers these stories about Grandma, but no one quite remembers exactly when Grandma said this or that – just that she said it at some point. When all the eyewitnesses pass away, then the younger generations tell the stories they’ve heard to their own kids, but now, no one’s there to correct them if they happen to get a detail or two wrong.

This presents a problem from a historical standpoint, since the books we now know as the New Testament were never intended to be histories of Jesus. Just like the people gathered around the Thanksgiving table aren’t there to discuss an accurate biography of Grandma, these books are telling various stories of what Jesus did and said.

Or rather, they are snapshots of how the early Christian community interpreted what Jesus taught in light of his death and resurrection and how it continues to apply to their communities. As new problems came up, church bishops would argue with their opponents and thus shape certain theologies. It’s not like they could go back and ask Jesus what he meant or if he could clarify. So, of course, diverse ideas crept into Christian circles.

My point is that even in the early days after Jesus’ death, there were different flavors of Christianities. There was even tension between Peter and Paul! Peter was more Jewish while Paul virtually did away with Jewish customs when he preached to Gentiles. As new Christian communities flourished within the next few centuries, not surprisingly, different people came to interpret who Jesus was and what he was trying to accomplish differently (just like they do now).

As Christian communities sprung up, other people started writing. We have a vastly diverse literary tradition in the years between Jesus’ death and when the books that now make up the New Testament were decided as canonical in the fourth century. In those 300 years in between, there were numerous debates between Christian communities over how to interpret the significance of Jesus’ life, death, and resurrection. So, it shouldn’t be surprising that we have tons of books that all portray Jesus in a different light.

What may be surprising is that we have very few sources from the Roman or Jewish worlds that mention Jesus. From the Roman world, we have a second century reference from Pliny the Younger and another from the Roman historian Tacitus. From the Jewish world, we have a brief mention of Jesus in Josephus’ Jewish Antiquities. Everything else – both the books that made it into the New Testament and the vast collection that didn’t – comes from self-proclaimed believers.

Christian Heresies: What is Heresy?
Next Post: Philosophy of Religion: A Definition of Philosophy