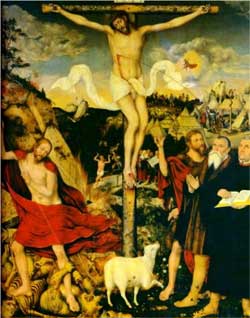 During the 10th century, the Church was facing a number of problems that were undermining its authority. It had gotten involved with feudal lords who it now wanted to keep happy. It practiced simony, meaning it sold ecclesiastical offices to the highest bidder rather than people trained in the beliefs of the church. Also, many of the priests and monks were illiterate, meaning they couldn’t perform many of their duties, caused the traditional three-tier structure to break down. Adding to that, many monks and priests were just corrupt and didn’t keep their vows of chastity and poverty.

Reform Movements of the Church

Soon a reform movement swept through the Church that imposed stricter rules for its priests and monks and appointed pious abbots and priests to oversee the ecclesiastical offices. There was even a movement to reform the papacy.

The first wave of reform began in 910 with the founding of the monastery at Cluny. Here, monks were educated on their sacred duties, and strict rules were imposed upon them. The next wave of reform came when secular lords began appointing pious monks and priests who were committed to reform to head ecclesiastical offices.

Finally, there was a third wave that sought to transform the papacy and began a power struggle between the Pope and the Emperor. The Papacy, seeking absolute power, declared that secular lords didn’t have the authority to hand out church positions. This didn’t sit well with the secular rulers and soon the conflict escalated into an argument over where power comes from and who should have supreme control. This ongoing debate eventually led to the Church’s decline in power over the next 500 or so years.

The Church’s Decline In Power

In the 11th century, the Church held a lot of power, so it wasn’t about to bow down and let the secular kings walk all over it. A power struggle soon broke out between Pope Gregory VI and Henry IV. Both sides launched a propaganda war and distributed pamphlets on the nature of power and where it comes from. There were numerous arguments – that power comes from God and is given to the Pope. That power comes from the people who elect their King. That the Pope gives the temporal rule to kings but can withdraw that privilege at any time. That kings are the representative of Christ.

By the 1070s, the conflict had become so intense that Pope Gregory VI excommunicated Henry IV. The Emperor admitted his defeat in 1077 when he asked for forgiveness, but the rift between the secular and spiritual world had opened. Over the next 300-500 years, kings would redefine their right to sovereignty and create new forms of governing around nation-states.

Still, in the late 11th century, the newly established supreme power of the Papacy had consequences. One effect was the initiation of the Crusades against Islam to take back the holy lands. Another was the split between the eastern and western Church leading to the Eastern Orthodox Church and the Catholic Church.

By the 14th century, however, the kings began winning the authority debate. King Philip IV of France began attacking the Pope over the power of jurisdiction. This culminated at Anagni in 1303 when Philip captured Pope Boniface VIII and held him hostage for a few days.

Finally, by the 16th century, Martin Luther became fed up with the Church’s practice of selling indulgences (among other things) and began the Protestant Reformation when he tacked his 95 theses to the doors of Wittenberg Castle’s Church and called for an open debate in 1517. This event would divide Europe geographically between the Protestant north and the Catholic south and lead to new ways each side would define “orthodoxy.”

As the Reformation was taking shape, a number of cultural changes also gradually helped shift beliefs from religious in nature to secular. During the 12th century, many of Aristotle’s works were translated for the first time into the vernacular. This sparked a new understanding of how to look at and interpret the world. Soon, universities began springing up and facilitating discussions between the literate.

There was also the emergence of courtly love and a new focus on women in society. During the 11th century, men were loyal to God first and their lord second, but by the 12th century, women became their focus of adoration. These women were never their wives – often they were the wives of someone else – but that didn’t matter. This new cultural phenomenon led to changes in how those of the high court behaved and through it, a new type of literature emerged – one of an erotic/romantic nature (like the Arthurian romances, for instance) – that would affect how mystics would come to communicate their experiences. The Church saw this movement as heretical and soon condemned it.

Finally, there was a scientific revolution around the 16th century that began to rethink the way the world is constructed. There was a transition from an earth-centered universe to an helio-centered universe (thanks to Copernicus), a move from deduction to induction with philosophers like Francis Bacon, and a transition to seeing the world in terms of numbers and mathematics.

How Political Shifts Led To The Reformation and Witch Craze
Next Post: What is Mysticism?