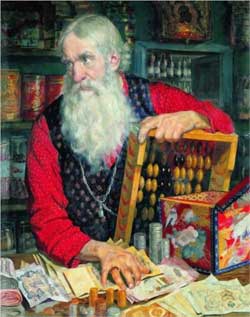 How Political Shifts Led To The Reformation and Witch Craze

Europe underwent a number of political shifts and social transformations between 1000-1700 leading to the Protestant Reformation and the witch craze.

Europe went through a number of political shifts and social transformations during the period between 1000 and 1700 which played a huge role in the rise of mysticism, the Protestant Reformation, and the witch craze.

Around 1000, society was comprised of 3 orders. About 90% of people were peasants that worked the land. There were also the knights that defended society (aka the nobles) and the priests and monks that prayed for the world and were God’s intermediaries. The peasants work to generate income for the upper classes. At this time, most people lived in villages (there were very few cities and towns) and there wasn’t a lot of free trade.

During this time, there also wasn’t much of a concept of the public, or public authority. Kings did emerge in the eleventh century, but they had little power. They were more of a figurehead overseeing vassals. Because the social structure was of a violent nature – vassals would terrorize peasants – the Church tried to instill peace by ritualizing the relationship between lords and their vassals. They encouraged vassals to take oaths declaring their loyalties and adhering to certain principles – like no violence on specific days.

By the 12th century, cities and towns began to flourish, and along with them, a new social class emerged – the bourgeoisie. With this new class came commerce and trade. The bourgeoisies were craftsmen and artisans who started thinking that time was money. They were free from the social obligations imposed on serfs in the feudal system, meaning they weren’t tied to the land like the peasants. If a serf escaped to a city and lived there for a year and a day, he became free.

It was during the 12th and 13th centuries that Kings began to gain power. This was most prominent in England where William the Conqueror had set up a centralized system after he was crowned in 1066. As the monetary system became more prevalent, Kings began to align themselves with bourgeoisies to “tame” the nobles, who still took what they wanted by force, and slowly, regions of centralized power began to prosper in England, France, Castile, and Aragon.

Speaking of time, this was back before any of Europe had the Gregorian calendar, so the new year didn’t start on January 1. Depending on what region you lived in, it may have started on Easter (which moves from year to year) or on a feast day in September or October. The Gregorian calendar wasn’t adopted until 1582 by Pope Gregory XIII and while Catholic countries adopted it immediately, it took over a century for some countries to follow. Because of this, it can be difficult to calculate exactly which year an event takes place. Often you’ll see a year written like 1190/1191 because historians just aren’t sure which year a writer was referring to.

The changes in the economic environment sparked what is referred to as the “late medieval crisis” from the 13th to 15th centuries. While the population was steadily growing, there was also a change in climate conditions that caused great famines in the early fourteenth century. There was the Great Famine of 1315 lasting until 1317 that wiped out up to a third of the population in some sections of England and France. And the Black Death (1346-1351) swept through the land only to return for the next several centuries.

During this time there were also numerous peasant revolts in Flanders and Florence and the start of The Hundred Years’ War (1336-1565) which devastated France. The political system was also changing rapidly during the 14th century from feudal monarchies to nation-states with distinct political and cultural identities that would share a common language and have set geographical boundaries.

By the late fifteenth and early sixteenth centuries, there was a recovery and the beginnings of capitalism.

Quest for the Holy Grail
Next Post:How The Catholic Church Gradually Lost Power