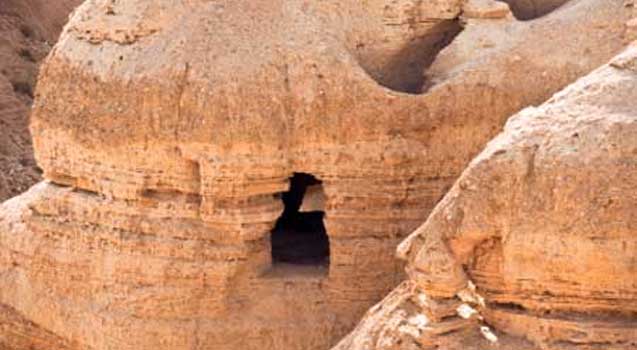 The Dead Sea Scrolls, discovered between 1947-1956, are a collection of scrolls found within several caves along the shore of the Dead Sea.

What are the Dead Sea Scrolls?

The Dead Sea Scrolls are a collection of over 800 manuscripts found in 11 caves that date from 250BC to 68 AD. They are an extremely important find because until their discovery, we had no Aramaic manuscripts from pre-medieval Judaism and only one Hebrew one, the Nash papyrus from Egypt.

Additionally, all modern printed editions of the Hebrew Bible are based on Jewish manuscripts that were not produced until the Middle Ages. Before the discovery of the Dead Sea Scrolls, the oldest Hebrew copy of the whole Old Testament we had was the Ben Asher text that dated to 1008 CE. The Dead Sea Scroll findings gave scholars a way to compare how accurately scribes copied the Hebrew text. Moreover, some of the differences in the DSS findings support the differences in the Samaritan Pentateuch and the Greek translation of the Old Testament (the Septuagint). Until the DSS discovery, many believed these documents had been carelessly translated.

When were they discovered?

The Dead Sea Scrolls were discovered between 1947-1956 in 11 caves on the upper northwest shore of the Dead Sea known as Qumran. The area is 13 miles east of Jerusalem. The first scrolls were found by three local Bedouin shepherds in 1947 who were tossing rocks at cave openings to entertain themselves while they were tending their sheep. One of the rocks happened to enter a cave and shatter something inside. While none of the shepherds explored the caves that day, one of the Bedouin shepherds, Muhammad ed-Dhib, investigated the cave two days later to find several jars. Most of the jars were empty, but one contained 3 scrolls. The Bedouin took his findings to a local antiquities dealer, and word soon spread about the findings. The first archeological excavations took place from February 15-March 5, 1949.In 1952, another series of caves were found.

Khirbet Qumran is an area of building ruins near the vicinity of the caves. Because of their proximity to the caves and the similarity of artifacts and other archaeological evidence, most scholars believe the scrolls are connected to the Qumran community. Some of the scrolls were probably copied elsewhere and brought to Qumran, but the majority of non-biblical texts are usually associated with the daily life at Qumran.

There are, however, some dissenters that believe the scrolls to be the library of the Jerusalem Temple, which sought to hide them for safe keeping while the Romans attacked.

Because many of the manuscript findings were fragments, it took scholars a long time to piece them together. In addition, there were a number of ‘political’ delays as Harvard University denied anyone who wasn’t a graduate student of one of its professors the right to publish the scrolls. Then there were copyright battles fought in court over who had the rights to publish the documents. The delay in publishing the scrolls fueled rumors that the privileged few who did have access to them were working with the Vatican to suppress the findings because they undermined Christian doctrine – a conspiracy theory that has completely been discredited.

What do the Dead Sea Scrolls say about Jesus?

Nothing. The Dead Sea Scrolls predate Jesus and do not mention him. A few scholars once argued that the “Teacher of Righteousness” mentioned in the texts referred to Jesus, but as more of the scrolls have been published, this theory has been completely discredited.

Where can I get copies of the texts?

As of September 2011, Google has partnered with The Israel Museum, Jerusalem to create digitized versions of the five most popular scrolls, including a complete translation of the Isaiah Scroll.

You can also buy any of the following translations:

Where can I learn more?