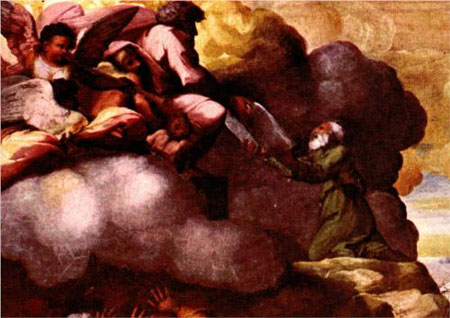 During the 15th-16thc. in Europe, many of the great occultists - Marsilio Ficino, Pica della Mirandola, Henry Cornelius Agrippa, and John Dee - flourished.

The 15th-16th centuries in Europe were a time of great scholarship with a focus on esoteric studies. Occult philosophy flourished during this period, pulling from a potpourri of ideas including Neoplatonism, Pythagorean numerology, Gnosticism, Chaldean lore ascribed to Zoroaster, medieval magical thought from Roger Bacon and Albertus Magnus, and the Hermetic corpus attributed to Hermes Trismegistus, an Egyptian magus believed to live around the time of Moses.

It was during this time that many of the great occultists – Marsilio Ficino (who revived Hermetic philosophy), Pica della Mirandola (who Christianized the Jewish cabala), Henry Cornelius Agrippa (who wrote a highly influential handbook on occult philosophy), and John Dee (who conjured angels) – flourished.

Cabala was the belief that when God gave the written Torah to Moses, he also revealed a secret tradition that was passed orally. This tradition taught that the sacred Hebrew letters revealed secret knowledge if interpreted properly.

Alchemy was also prominent at this time. While modern definitions of alchemy focus on turning metals into gold or the question for the Philosopher’s Stone or the Elixir of Life, the occultists of the Elizabethan era saw it as a means to divinely transmute the inner self. Any exterior changes were a result of an inner change.

The Elizabethan Universe in a Nutshell

Gerald Suster sums up occult philosophy in his book on John Dee with these nine postulates.

Agrippa, for instance, described the universe in terms of three worlds: the Elemental/ Terrestrial Nature, which was the physical world that could be understood through sciences; the Celestial world, which involved the stars and heavenly bodies and could be understood through astrology and alchemy; and the Supercelestial World, which involved numeric calculations and conjuring of angels.

Perceptions of Evil – What Makes Someone Evil?
Next Post: Distinguishing Between Jesus the Man and Christ the Savior