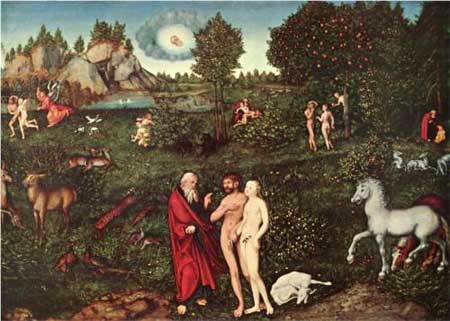 Two Accounts of Creation in Genesis

Each belief system has a story of how the world was created and human life came to be. In many of these “creation myths,” a god or gods shape, manipulative, or in some way interact with pre-existing darkness or chaos to create order.

Within Judeo-Christian beliefs, the first book of the Hebrew Bible, the Book of Genesis, describes not one, but two distinct accounts of how God created the earth, its inhabitants, and mankind. This article explores the purpose of each creation story and later compares and contrasts the Genesis creation stories with an earlier Babylonian creation myth, the Enuma Elish, which dates from about 1900–1600 BCE.

Two Accounts of Creation in Genesis

A reading of Genesis reveals two distinctly different creation stories: the first spans Genesis 1:1-2:3 and the second continues from Genesis 2:4 to the end of the third chapter. These two accounts of creation include:

Scholars believe the second story is older than the first, perhaps dating to as early as 950 BCE, while the second was probably written by the priestly caste after the Hebrews had returned from Babylonian captivity sometime around 530 BCE.

The first creation account describes how God created the world by bringing order to chaos. Here, the world was preexistent – meaning God did not create the world out of nothing (ex nihilo). Rather, “The earth was formless and void, and darkness was over the surface of the deep” (Genesis 1:2) God’s role was then to bring goodness and order to this world depicted as “formless,” “void,” “darkness,” and “deep” – each descriptor symbolic of chaos and “evil.”

During the six days of creation, God adheres to a strict pattern to create order: the first three days parallel the second three days.

The Genesis account goes to great lengths to avoid using certain words that might be associated with pagan deities. Unlike all of God’s other creations, the author avoids describing the water creation as “good.” He avoids using the singular form for sea (yam), preferring the plural seas (yamim), because Yam was a sea god in Canaanite mythology. He also avoids using the terms sun (shemesh) and moon (yareah) to disassociate God from pagan deities.

By showing God created the world out of a pre-existing substance, thus creating “good” and separating it from chaos or evil, Genesis addresses the problem of evil – how God and evil can exist within the world. In polytheistic belief systems, evil isn’t a problem because destructive acts can be ascribed to the many gods capable of harming humans. But in monotheistic belief systems where only one good, moral, all-powerful God is worshiped, the presence of evil is difficult to justify. Here, God is not to be blamed for “evil” because evil was already present. God took the materials he had and brought forth goodness from them.

The second account of creation (Genesis 2:4b–25) describes how God created man, created the Garden of Eden, then made Adam a female companion. In Genesis 2:4b–25, “the LORD God formed man from the dust of the earth. He blew into his nostrils the breath of life, and man became a living being.” (Genesis 2:7)

Genesis 3: Fall of Adam and Eve

The fall of Adam and Eve is a continuation of the anthropocentric account of creation in Genesis Chapter 2. Its central theme addresses how man gained the knowledge that differentiates him from the beasts and birds by disobeying God’s direct order not to eat the fruit from the Tree of Knowledge. This story raises a few questions.

At the story’s heart is mankind’s ambition to rival God. The serpent tells Eve that if she eats the fruit, “You will be like God, knowing good and evil.” (Genesis 3:5) Thus, Eve has a choice to make – she has the free will to choose to either eat the fruit and possibly become like God or to say no. She, of course, chooses to eat the fruit and then offers it to Adam, who also partakes. Interestingly, at no point in the story do Adam and Eve become “like” God – or rival Him. Instead, they hide in fear after realizing they are naked – so their rebellion was futile.

Biblical scholars often associate these two creation stories to different time frames. The first, presumed to be written by priestly caste of ancient Israel after their Babylonian captivity, is often compared with the ancient Babylonian creation myth, the Enuma Elish.

Combat myths were a popular way to describe the cosmic battle between order (good) and chaos (evil/destruction) in the ancient world. Usually, chaos gods are defeated by younger gods and in the process, humanity is created out of their drama. The Enuma Elish is the oldest of these myths.

According to the Enuma Elish, Apsu, “the begetter,” and the goddess Tiamat were the first two primeval entities. Both are associated with water: Apsu representing waters lying under the earth and Tiamat representing the seas lying above. These two gods bore pairs of lesser gods representing the heavens, earth and other natural phenomena. At first, all gods lived within Tiamat’s body, but eventually, her grandson Marduk rebelled, killed Tiamat, and formed the earth from her corpse.

While there are many similarities between the two texts, it’s also worth noting that they also differ considerably.

Most likely, the first Genesis account was written as way to differentiate Jewish monotheistic beliefs from the beliefs held by their polytheistic neighbors. While it can’t be proven that Genesis is a direct response to the Enuma Elish, it seems as though its author was aware of the Enuma Elish’s concepts and wanted to rebut its core polytheistic ideas.

That said, even if the first and second accounts of Genesis were written by different authors during different time frames in regards to different subject matters, they are meant to be read in tandem. Each provides a unique framework for understanding Jewish monotheistic belief. The first demythologizes creation while the second explains God’s relationship with mankind and sets up the initial paradigm for human free will.

Satan and the Testament of Job
Next Post: Yan-gant-y-tan