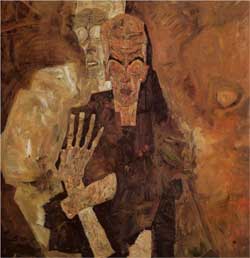 The Third Air and the Nature of Demons

According to Rabbi Isaac, demons were known to appear in the third air.

Rabbi Isaac (ben Solomon) Luria Ashkenazi was a leading rabbi and Jewish mystic who is considered the father of modern Kabbalah. His teachings are referred to as Lurianic Kabbalah.

On the relationship of Samael and Lilith and of Asmodeus and Lilith, Rabbi Isaac ha-Kohen writes

And now we shall speak about that third Air. The masters of tradition said that a tradition was transmitted to their fathers that this Air is divided into three parts, an upper one, a middle one, and a lower one. The upper one was given to Asmodeus, the great king of the demons, and he does not have permission to accuse or cause harm except on Mondays, as the masters of the tradition had mentioned. And we, with the help of our Creator, shall expand in this treatise [on this subject] to the extent that we can. Now Asmodeus, even though he is called ‘the great king,” is subservient to Samael, and he is called ‘the great prince,’ when compared with the emanated powers below him. And Asmodeus is governed by him and serves him. The Grand Old Lilith is the mate of Samael, the great prince and the great king of all demons. Asmodeus, the king of the demons, has as mate Younger Lilith. The masters of this tradition discuss and point out many wonderful details concerning the form of Samael and the form of Asmodeus and the image of Lilith, the bride of Samael and of Lilith the bride of Asmodeus. Happy is he who merits this knowledge.

In Chapter 19, Rabbi Isaac states his sources as the Heikhalot Zutartei, which describes Rabbi Akiba’s ascent into the Heavenly Palaces. However, there are several manuscripts of this document known to use, and none of which contain any mention of this story, nor do other writers use it as reference. Scholars thus believe that Rabbi Isaac created the narrative to enhance his credibility.

Rabbi Isaac’s reference to the “third Air” above and other references to the “air of the use of the demons” appear to be based on indirect knowledge of Ashkenazi Hasidim. However, while Rabbi Isaac attributes the demons to cosmic and divine elements of evil, in Ashkenazi Hasidim, there is no dualistic element – the demons conform to the decrees of God just as the angels do.

Using Oil on a Bright Surface to See Demons

Concerning prophecy, the Ashkenazi hasidic literature describes a phenomenon known in Hebrew as “sarei kos ve-sarai bohem”, translated as “the princes of the glass and the princes of the thumb”. This type of divination involved spreading a thin layer of oil on a bright surface (such as glass, a sword, a mirror, a fingernail, etc). demons would then reveal themselves on such surfaces when asked questions by a professional sorcerer (who tended to be a non-Jew). This ritual was used for everyday tasks such as finding lost items or catching a thief. The ideology behind it was that when the demon who had dominion over the area of interest was brought by the force of incantations, he would reveal the answer.

The interpretation of this practice was widely diverse. Rav Saadia Gaon explained the prophets saw a created angel, called the divine Glory (kavod). Others had different opinions. Some claimed that the entire prophecy was internal and psychological, and therefore, the demons invoked had no real existence – they were merely dreams and imaginary visions. Others, like Rabbi Judah and Rabbi Eleazar, claimed that this proved that prophecy was a real phenomenon, but the revealed power was divine in origin, not created. The base this on interpretations of biblical scripture where prophets had visions but no one else around them saw anything, as in the case of Elisha and his servants when chariots of fire surrounded the city.

The Ashkenazi Hasidim never made an actual connection between the demon realm and their prophetic practice. Their focus was on the analogy between this practice and prophecy. demons were always an integral part of the world created by God – one that was never dualistic.

As Rabbi Isaac was not a direct disciple of the Ashkenazi Hasidim and lived in Spain, it is thought that the sources he used were probably highly inaccurate. Therefore, he interpreted the tradition of “sarai bohem” or “princes of the thumb” as “shedei bohen” or “demons of the thumb”. He may have used his own creative to devise his myth of the “destroyed worlds”, which unlike its Ashkenazi predecessor, the “air of the use of demons”, had a prominent place in his concept of evil.