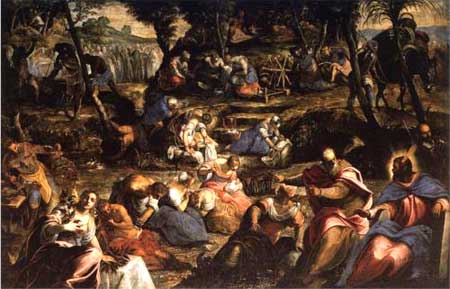 An overview of the 4 main sects of Judaism as described by Josephus.

Often, when people think of ancient Judaism or Christianity, they think of something that was a cohesive thought movement. This wasn’t the case with Christianity (even Paul’s flavor of Christianity differed significantly from Peter’s. Add in all the gnostic sects floating around, and early Christianity was pretty dynamic and constantly evolving), and certainly wasn’t with Judaism.

Judaism had a number of flavors as well. According to Josephus, there were four main types. Most attribute the Book of Enoch and other apocayptic writings as well as the Dead Sea Scrolls community to the Essenes. Regardless, many of those living in antiquity believed they were living at the end of times. This can be seen in the writings of the Dead Sea Scroll sect, Christianity, and in other apocalyptic writings such as Baruch and 2 Ezra.

After the destruction of the Second Temple in 70 CE, the Pharisees gained control over the Jewish people and Rabbinic Judaism was born. The rabbinical form of Judaism maintains that it is the task of every Jew to become “like God,” and it’s purpose and goal was what would happen at the end of time – i.e. the coming of the Messiah. Christianity had found its own solution to this destruction by proclaiming that the Messiah had already come (though the Christian Messiah was quite different than the traditional Jewish concept of the Messiah.)

Sadducees
The Sadducees were priestly and aristocratic families who interpreted the law more literally than the Pharisees. They dominated the Temple worship and its rites, including the sacrificial cult. The Sadducees only recognized precepts derived directly from the immortality of the soul, the resurrection of the body, and the existence of angels. The Sadducees were unpopular with the common people.

Pharisees
The Pharisees, unlike the Saddducees, maintained the validity of the oral as well as the written law. They were flexible in their interpretations and willing to adapt the law to changing circumstances. They believed in an afterlife and in the resurrection of the dead. By the first century C.E., the Pharisees came to represent the beliefs and practices of the majority of Palestinian Jewry.

Essenes
The Essenes were a separatist group, some of whom formed an ascetic monastic community and retreated to the wilderness of Judea. They shared material possessions and occupied themselves with disciplined study, worship, and work. They practiced ritual immersion and ate their meals communally. One branch did not marry. Many scholars equate this group with the Dead Sea Scroll Sect, and some believe Christianity grew out of this movement.

4th Group (revolutionaries)
This group agrees with the Pharisees in all respects except that it follows the anarchistic ideology “No king but God!” They are usually thought of as the Sicarii and Zealots.

Brief History of Judaism
Next Post: Book of Enoch