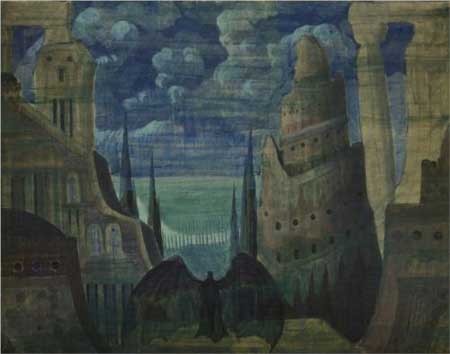 Melchiresa is the one of the names for a predominant evil being in several of the fragments of the Dead Sea Scrolls.

Melchiresa is the one of the names for a predominant evil being in several of the fragments of the Dead Sea Scrolls. The Testament of Amram (4QAmram), which dates to the second century BCE, tells of two spirits who rule over humanity struggling to take possession over Amram at his death. Fragments of the text mention the three names of the ruler of darkness, which have been reconstructed as “Belial, Prince of Darkness, and Melchiresa.”

Fragment 4Q280 describes a series of curses laid upon Melchiresa:

“Accur]sed are you, Melki-resha, in all the pla[ns of your guilty inclination. May God [make you] an object of dread at the hand of those exacting vengeance. May God not favour you when you call on him. [May he lift his angry face] upon you for a curse. May there be no peace for you in the mouth of those who intercede. [Be cursed,] without a remnant; and be damned, without salvation.” – 4Q280

Melchiresa also appears in 11QMelch in direct opposition to Melchizedek, the leader of the forces of good.