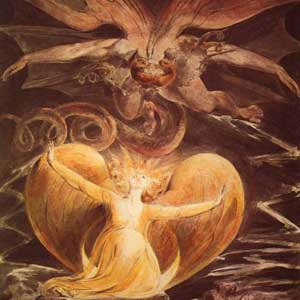 We have learned to dismiss the Inquisition, to view its cases, its hundreds of years of history as a self-fulfilling prophesy gone terribly wrong. People driven by faith or greed or a bit of both, sought witches and found them. Scores and scores of women and men were imprisoned, tortured and in some cases killed, apparently for their own good. History has rejected the Inquisition’s legacy, it values and self-validations.

We dismiss the Inquisition’s trials and evidence and are quite right to do so-confession obtained under torture is hardly dependable. And yet it is certain that not every case began and ended with torture, and at times even the inquisitors were at odds about a certain potential heretic. Such is the case of the benandanti of the Friuli (north-eastern) region of Italy. Anthropologist Carlo Ginzberg’s book Night Battles: Witchcraft & Agrarian Cults in the Sixteenth & Seventeenth Centuries presents the benandanti through the inquisitor’s records and trial data, just as the inquisitors met them.

The benandanti were of peasant stock, poor and largely illiterate, they spoke almost exclusively the friuli dialect, and at times had trouble communicating with their judges. However several statements reappear throughout the entire length of Ginzberg’s study. All benandanti insist they were chosen by being born with a caul.

Superstition ascribed an unusual destiny for children born with a caul, a piece of the amniotic sac on their head. This was true throughout Europe and even the Middle East, however the specifics of the superstition; whether it was a good or bad omen, tended to vary from region to region. For several defendants in Ginzberg’s study, the caul was a lifetime protective talisman worn in a pouch around the neck. It was the caul that identified a potential benandante to his or her recruiters.

After the age of approximately twenty each benandanti said another benandanti came to them during the night and led them out, riding cocks or goats beyond the village and into the woods. On the way the benandanti would drink wine from their neighbor’s casks, invisible and flying. All benandanti insisted their bodies were left behind on their journeys.

Battles Between Benandanti and Witches

If the witches won, evil triumphed – crops withered, children and animals died. If the benandanti won, good triumphed for a season – fields were fertile, storms rare, children healthy. Such rites happened four times a year, once before every season.

Each benandanti insisted to his inquisitor that they served Jesus Christ and the Church. One can see the trouble such statements would have given the inquisitor.

The Church’s Reactions to Benandanti

The benandanti are by definition acting beyond the Church yet claim to be for the Church, they witness the Devil’s Sabbath but do not partake, they know the witches in their region by sight but do not reveal them-they act beyond the paradigm. As such the inquisitors did not immediately reach for the rack and the fire.

Initially the benandanti were released, and the same was true of the next batch of benandanti arrested later in the 16th century. Each new generation of inquisitor seemed to inevitably run up against the benandanti, interrogate, try and give up, handing out, at best, a sentence of mild heresy punishable by paying penance and temporary banishment from the town or region. However, the attention the cult received lead to its decline. The public became aware of the benandanti’s claim of their supposed power over the spells of witches.

According to their testimony the benandanti can cajole and threaten witches into reversing their spells or hexes, particularly the ones that cause disease to children. Inevitably some unethical people, who may or may not have been benandanti began to charge the parents of sick children for the lifting of the witches’ curse on their child. On the one hand this made the benandanti seem opportunistic and devaluated their “goodness” in the eyes of the populace leading to a more direct association between them and the witches they claimed to oppose. Furthermore, the benandanti’s “cure” would more often that not involve the denunciation of the “culprit” usually a family member, as the witch causing the trouble.

At times the benandante would name a couple, or even a dozen of local women as witches, and ascribe to them the most vile of acts. The local inquisitors would be forced to investigate if only to stop a lynch mob. Clearly such provocations made the benandanti seem like fanatics bent on disrupting the social order to both the populace and the church hierarchy.

In the end the problem of how to condemn the benandanti as heretics became academic. Changing popular beliefs tainted by two centuries of prosecution, and inquisitors more willing to use torture produced a crop of benandanti whose beliefs had clearly eroded. These benandanti might recall some part of the night battles, but no longer insisted on their separation from the witches, instead admitting under pressure to also cavorting with Satan and spitting on the cross.

Ginzberg traces the decline of the benandanti’s beliefs into the 17th century where the cult appears to disappear altogether after several leaders are convicted of misleading the populace and thievery rather than religious reasons. However, the benandanti are not interesting because they challenged the understanding of the inquisitor, but because they challenge ours just as much.

Explanations for the Benandanti’s Abilities

Any rational person would be at a loss to explain the sense of community the benandanti convey-for instance benandanti in different villages describe the same meeting place, or even name their leader-and the fact that this community claims to meet in spirit only, given that the Inquisition’s own investigation all but rules out actual cult gatherings.

Ginzberg puts forward several theories-epilepsy, hallucinogens, and others, but it is obvious to him and to us that they are insufficient. Indeed who has heard of epileptics who suffer a fit only on certain days of the year, at midnight, with accompanying visions? Or hallucinogens that change your consciousness so as you experience a particular ritual event again and again, to the complete exclusion of your actual sight and hearing? Moreover, even the most outlandish drug cannot account for multiple benandanti who have never met in person claiming that their captain is red-headed, or being able to name the witches in other villages in the region.

One story reveals the gap between the benandanti and our own limits of understanding tells of a benandante woman accused of practicing necromancy. When the inquisitors asks her if it is true that on a certain date she taught a certain local woman how to see the spirits of the dead, the accused tearfully replies that she did not teach the local woman anything, but that the woman came to her looking for help, because she saw ghosts but wanted to stop seeing them. The accused witch told the local woman that she had no choice in the matter, since these things were up to God, and she should simply learn to live with it, as the accused had. We see here the earnest conviction of a peasant woman, who for lack of education, or for fear of the church tells what she believes to be the truth.

Indeed when the benandanti lie, it is fairly obvious-after giving detailed descriptions of the gathering at one interrogation, the accused would suddenly claim to have forgotten, or never heard of the benandanti at the next, one accused simply agreed with anything said by the inquisitors including contradictory statements-he was released when this was noticed. In the necromancer’s case the inquisitors decided the woman wasn’t a witch, but was guilty of mild heresy and banished her for three years. We would have put both her and the local woman that asked for her help in the mental hospital for schizophrenia. It is arguable which is the better “cure”.

But therein lies the significance of Ginzberg’s work-we cannot simply discount the rather simple confessions of these people, there is a tradition and a stable set of images, but they are at odds with all rational explanations. Furthermore Ginzberg sites a number of similar European cults, whose believers run the gamut from nearly identical to the benandante, to werewolves that battle the hounds of Satan, and even stranger groups.

Indeed, faced with so many cults we find ourselves in the position of the inquisitors, doing our best to confirm these people to our paradigm, to our reason, and find them slipping away into the irrational night.

About the Author
Daniil is completing his studies in the fields of art history and comparative literature at New York University. He is a Russian emigre and a practicing pagan.

Appeasing the Rain God In Belize: A Mayan Journey into Xibalba
Next Post: A Brief History of Halloween in America