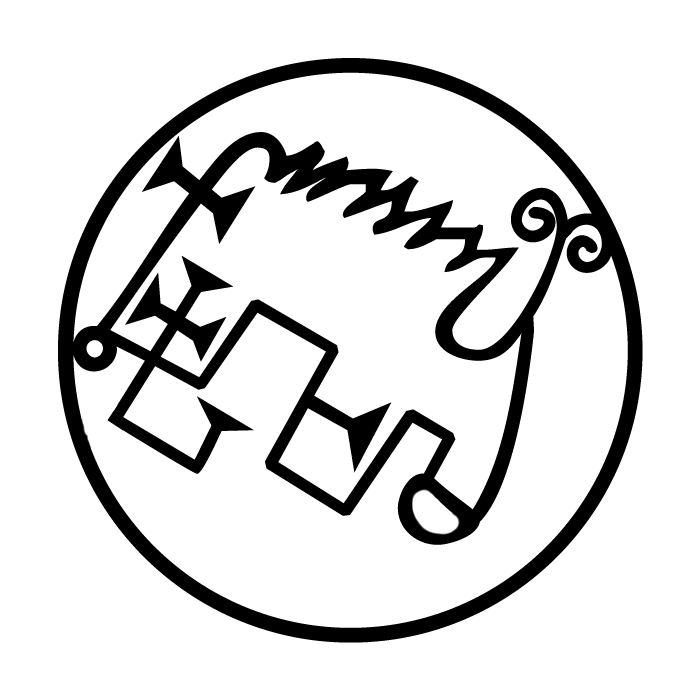 Amy, the 58th spirit, is a President and appears in the form of flaming fire.

Gustav Davidson (1994) briefly mentions Amy, not to be confused with Aim/Haborym as once having been an angel and of the order of powers. He is now “a great president” of hell who has knowledge of astrology and the liberal arts. According to the demonologist Wier, Amy confided to King Solomon that he hopes to return to the 7th throne in 1200 years.1Davidson, Gustav. “Amy.” A Dictionary of Angels: Including the Fallen Angels. N.p.: Simon & Schuster, 1994. 16-17. Print.

Amy in the Pseudomonarchia Daemonum

As Davidson mentions, Wier does describe Amy as a great president who once was of the order of angels, and that after 1200 years, he hopes to return to the 7th throne. Wier deems this claim as “not credible.” In addition, he describes Amy as appearing as a flame of fire, then taking the form of a man. He knows about astrology and the liberal sciences (similar to Alloces), he procures excellent familiars, and can reveal treasures that other spirits have hidden. He governs 36 legions.

Amy is a great president, and appeareth in a flame of fier, but having taken mans shape, he maketh one marvelous in astrologie, and in all the liberall sciences, he procureth excellent familiars, he bewraieth treasures preserved by spirits, he hath the governement of thirtie six legions, he is partlie of the order of angels, partlie of potestats, he hopeth after a thousand two hundreth yeares to returne to the seventh throne: which is not credible.2Weyer, Johann. “Amy.” Pseudomonarchia Daemonum. 1583. Esoteric Archives. Web.

Amy in the Dictionaire Infernal

According to Collin de Plancy (1863), Amy is a great president in hell and one of its Princes. He appears as the flames of fire and can take human form. He teaches astrology and the liberal arts. He gives good familiars. He can reveal treasures that are guarded by demons. He commands thirty-six legions, and fallen angels and powers are under his orders. De Plancy mentions that according to Wier, Amy hopes to return to the 7th throne in heaven in 1200 years, but that is not credible.3Collin De Plancy, Jacques Auguste Simon. “Amy.” Dictionaire Infernal. Paris: Henri Plon, Imprimeur-Editeur, 1863. 30. Internet Archive.

Amy in the Goetia

S. L. MacGregor Mathers (1904) does not mention that Amy was once an angel or that he hopes to return to heaven within 1200 years. Otherwise, his description of Amy is similar to Weir and de Plancy’s. Amy is a Great President governs 36 legions. He appears as a flame but then transforms into human form. He is knowledgeable in astrology and liberal sciences. He gives good familiars and can reveal the treasures kept by other spirits.

The Fifty-eighth Spirit is Amy, or Avnas. He is a Great President, and appeareth at first in the Form of a Flaming Fire; but after a while he putteth on the Shape of a Man. His office is to make one Wonderful Knowing in Astrology and all the Liberal Sciences. He giveth Good Familiars, and can bewray Treasure that is kept by Spirits. He governeth 36 Legions of Spirits, and his Seal is this, etc.4Mathers, S. L. MacGregor, Aleister Crowley, and Hymenaeus Beta. The Goetia: the lesser key of Solomon the King: Lemegeton, Book I–Clavicula Salomonis Regis. York Beach, Me.: Samuel Weiser, 1997. Print.