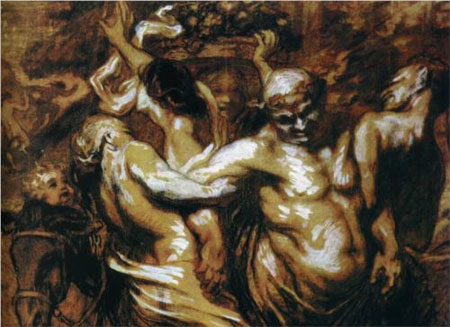 Perceptions of Evil – What Makes Someone Evil?

Is someone born evil or are they nurtured to become evil?

Continuing with my last article on the nature of evil, here I’ll discuss what makes someone evil? One paradigm that is often applied to say, serial killers, mass murderers, and the like is of course the nature vs. nurture debate – was he born that way and just acting in accordance with his nature, it’s genetic, or something instinctual that is guiding his species to destroy itself… Or did something happen in childhood to perhaps teach him that life doesn’t have value? Maybe it was his upbringing, his environment, the way peers responded to him.

Or perhaps, moving into modern psychology, both nature and nurture may promote certain behaviors, but they are not, themselves, the cause. ‘Evil’ may arise from repression of a destructive feeling that eventually eats away at you until you lash out. I may say something that really gets to you. You then may want to hit me in anger. You can choose either to take a swing, or consciously repress that urge. Jungians have argued that as an individual develops, his good and evil sides tend to differentiate themselves – a very good example of this might be the Smeagol/Gollum personalities so clearly demonstrated in Lord of the Rings. Smeagol represents the good part – the hobbit who wants to remain loyal to his master because Frodo is kind to him. Gollum is the bad part – the side overcome by greed who wants nothing more than to get his Precious back.

In healthy individuals, the two sides are recognized and reintegrated on a conscious level. Galadrial had many times thought of taking the ring by force, but refused. Her test was when Frodo offered it to her and we saw a glimpse of what could happen

“I do not deny that my heart has greatly desired this. In place of a Dark Lord you would have a Queen! Not dark but beautiful and terrible as the Morning! Treacherous as the Sea! Stronger than the foundations of the earth! All shall love me and despair!”

In unhealthy individuals, however, the ‘shadow’ repressed portion grows until the urge can no longer be repressed – until Gollum gives into his desire for the ring and leads Frodo into Shelob’s lair.

Alexander of Abonoteichos
Next Post: Introduction to Elizabethan Occult Philosophy